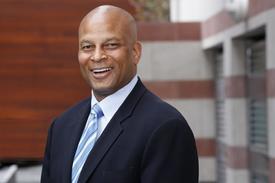 Former San Francisco 49ers defensive back Ronnie Lott believes the lessons he learned during a Hall of Fame playing career have served him well during his post-football career as a successful entrepreneur.

Lott will share those insights Tuesday, when he delivers the keynote remarks for the Central Valley Venture Forum, a conference for businesses and investors at the Save Mart Center. Lott’s speech is slated for 10:30 a.m.

“It’s understanding that you’ve got to compete,” Lott said in a telephone interview. “When you think of competing — whether it’s Joe Montana competing to win a game or my competing to make an interception or a big hit, that spirit of competition is trying to do the best you can do.”

Not that business is necessarily a matter of tearing into a running back or wide receiver. But, Lott said, being an entrepreneur requires the same kind of toughness and courage as playing football at the highest level.

“The way I played, the way I hit, I’ve seen a lot of entrepreneurs who were just as demonstrative, just as talented and just as aggressive,” he said.

Lott, who now owns several automobile dealerships and manages a multibillion-dollar portfolio of private-equity investments, is the headline attraction in a daylong program that includes panels on female business leaders, the growth of Hispanic businesses and how small businesses can attract investment capital. Economist Jeffrey Michael, director of the Business Forecasting Center at Stockton’s University of the Pacific, is the luncheon speaker for the conference.

The event is organized by California State University, Fresno’s Lyles Center for Innovation and Entrepreneurship and the Central Valley Fund, a venture capital investment fund for small and midsized businesses.

Lott wasn’t always interested in business. “For me to sit here and believe that the first 15 formative years of my life was thinking about running businesses, no,” he said. “It was about trying to play a role in winning football games.”

But the entrepreneurial bug bit him early in his pro football career. “I had my share of endeavors from the time I signed my first contract with the 49ers and throughout my career,” he said. “It’s in my DNA to be an entrepreneur.”

The common ground between success in football and success in business is the quality of teammates, Lott said. “Everything I’ve done has led me to partnering with great teammates,” he said. “On the entrepreneurial side, I always try to partner with real good people.”

But like football, business offers its hits and misses. “Sometimes it works out with teams, and sometimes it does not work out,” he acknowledged. “Whether it’s finding a great wife, or working with a great quarterback, inherent to having a chance to work with great people is the pursuit of being around people who are interested in enhancing their life and enhancing their endeavors.”

Failure, Lott added, offers its own lessons. “You have to have a willingness to fail. How many tackles did I miss?” he said. “The beauty of life is that you’re never going to be 100% right. It’s the person who decides to get in the arena, the person who sees an opportunity.”

“A lot of times, it’s easy to throw in the towel. I know a number of great business people who were on the brink of disaster, but they found a way to weather the storm and continue to play.”

If there’s one thing Lott said he hopes his audience gets from his talk, “it’s that you’ve got to exhaust every opportunity.”

Whether in sports or in business, Lott added, “what a great quality to have.”

Where: Save Mart Center

Cost: $75 per person, includes lunch and an afternoon reception

Who: Speakers include former San Francisco 49er and Pro Football Hall of Fame defensive back Ronnie Lott at 10:30 a.m., and University of the Pacific economist Jeffrey Michael at 12:15 p.m. Valley Entrepreneur Showcase competition, 2:45 to 3:45 p.m.